Rouge Beach is named for the way the Rouge River’s clay banks melt into the water as it flows past. The beach itself is not red and the sand is fine and pale. Before the French renamed it in the late 1700s, the river was called “Katabokokonk”, Iroquois for “river of easy entrance”. This beach is not well known for swimming and beaches near the mouths of rivers are usually more contaminated because the pollution upstream washes over them.

There are constantly people fishing in the area. The fish are edible if within the limits in the Guide to Eating Ontario Sportfish, and a license is required. Paddlers are also out-and-about as well, usually entering at the mouth of the Rouge River. There are trails throughout the park and a Waterfront Trail. The site also has bathrooms.

The beach and the river are a part of Rouge Park. The park stretches from lake Ontario to the Oak Ridges Moraine, encompassing 50 square kilometers of Toronto. In 2012, Parks Canada committed $143 million dollars to assist Rouge Park in becoming Canada’s first national urban park. The park is home to more than half the remaining wetlands in the GTA, near the south part of the river. In 2011, the Rouge Park wetlands were named the healthiest wetland in the area, rivaled only by Oshawa’s Second Marsh.

To get to Rouge Beach,

you can drive as there is parking available onsite. By TTC, take the 54A bus from Lawrence Station. Unlike other beaches, the GO train is only 1.5 kilometers away from the beach. Be aware that the beach is in a residential neighborhood and there are plenty of transit stops around the area. 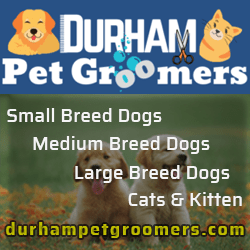