The Globe and Mail Published Tuesday, Apr. 29 2014, 1:00 PM EDT Surplus Toronto street signs ? some of them autographed by the city?s notorious Mayor Rob Ford ? went on auction this week. Early bids on the 105 decommissioned Toronto street signs have produced a few surprises, not to mention some lessons on the city?s political and spiritual geography. All bid prices are as of Tuesday morning. Queen Street rules: Four of the top 12 bids are for Queen Street, with Queen Street East consistently outpacing Queen Street West. The top-priced bid on Tuesday was $555 for a Queen Street East sign autographed by Mayor Rob Ford. The Ford Effect: Mayor Ford autographed 16 of the 105 signs available. The early evidence is that the mayor?s autograph adds value ? or subtracts, depending on the location. Those looking for a piece of Queen Street East put a premium on the mayor?s penmanship, with the autographed version at $555 versus $425 unadorned. Travel to Queen Street West, however, and the same sign is valued more highly without the autograph ($345) than with ($330). Perhaps those seeking a memento of Queen West?s vanished pre-hipster glory days are less enamoured of the mayor? Bay Street undervalued? For a street that?s synonymous with money, Bay Street signs appear to be going cheap. The autographed version is bid at $365, with unsigned versions at $325 and $290. Then again, the auction lasts for 60 days, so the smart money may be in derivatives. Here is a partial list of the street signs and the bids so far. They went up for auction on Monday, from the city?s store of about 1,750 signs that have been replaced with larger, more easily read versions. In a few cases, the old signs are quite damaged, but most are in good condition. The starting bid price is $30.  Top 20 signs and high bids as of Tuesday morning: Queen St E (autographed) 555 Yonge St (autographed) 505 Queen St E 425 Lower Jarvis St (autographed) 405 Windermere Ave 405 Sherbourne St (autographed) 375 Bathurst St 365 Bay St (autographed) 365 Oakwood Av 360 Queen St W 345 Bathurst St (autographed) 330 Queen St W (autographed) 330 Bay St 325 Bloor St W 315 Dundas St E (autographed) 315 Indian Rd 315 Annette St 305 For a complete list and up-to-date bid information, click here.http://www.platinumliquidations.com/sections/street-signs.html#.U1_T5lVdV8E 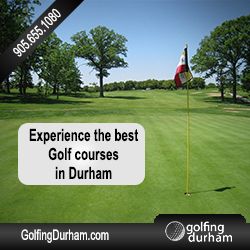