Home of the child attraction Centerville and the Franklin Children’s Garden, it is no wonder why approximately one million people travel to the island every year. Usually during the summer, plenty of visitors to the island stop by Centre Island Beach. After stepping off the Centre Island ferry, you will pass through Island Park, Centreville Amusement Park, large picnic areas, first aid facilities and concession stands before reaching the footbridge that will take you to the beach.

The beach itself is a mix between sand and rocks. There is also a break wall that blocks strong waves. The beach gets wider the further west you go, and crowds don’t usually hover around the western part of the beach, which has open water. There are paths linking you all across the island and the water is definitely swimmable. Nearby, there are washrooms, concession stands and restaurants, but most choose to utilize the numerous picnic tables with a meal from home. There are boats and bikes available for the public to rent.

The easiest way to get to this part of the island is to take the Centre Island Ferry from the foot of Bay Street. There is also the Toronto Island Marina Ferry or water taxis available from the base of York Street. 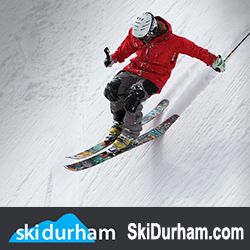